Hair transplantation has a long history, dating back to almost the 1550s. The first hair treatment ever known was performed in Ancient Egypt in 1550 BC. We know it from the Ebers Papyrus written around that time. The papyrus had some kind of mixture for those who experienced hair loss. This mixture was made with oxide, onion, fresh honey, oils from snakes, mountain goats, and hippos. Back in those days, men were mostly dependent on herbal medicines.

Even Hippocrates, who is considered the founder of medicine, mixed something with pigeon droppings, nettle, cumin, and radish to create a hair loss drug. This was a recipe in ancient Greece, which was a scientific center of the world, around 420 BC. Since then, hair restoration techniques have evolved a long way that we can now transfer hair follicles into the balding areas on the scalp. It wasn’t until 1939s when Japanese dermatologist Dr. Shoji Okuda discovered the hair transplant. He is considered the father of modern hair transplant surgery as we know it today. All treatments were herbal hair restoration methods until his discovery. Over time surgeons started to use techniques such as FUT, FUE, and DHI. Let’s have a closer look at the latest innovations to hair transplantation. 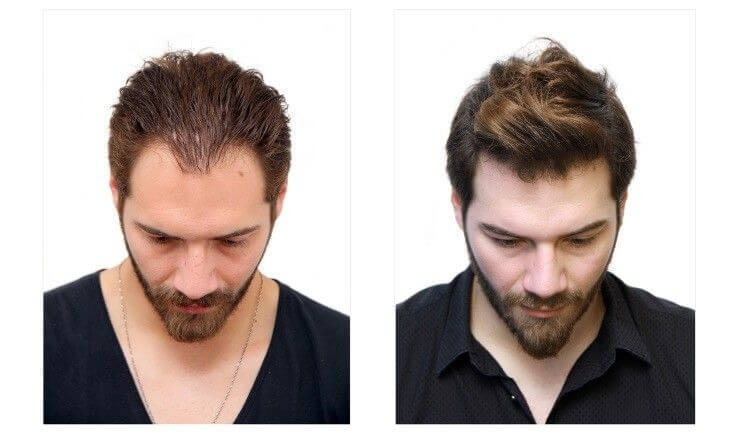 Even though FUT was revolutionary back in the 1990s, it has potential side effects and disadvantages such as unnatural looking hair, bleeding, swelling, infection, scarring. Although it has some risks, only less than 1 % of patients will develop serious complications such as infection.

It is generally much safer than the FUT procedure as your doctor will not need to cut your skin but make only small incisions to take out grafts and then implant them into the recipient area. However, there is still a minor risk of infection and side effects such as swelling and bleeding. It has become much more popular than FUE because it has minor side effects, it does not leave a scar on your donor area and does not cause the pluggy look which is typical to the FUT method.

DHI Hair Transplant is the most innovative hair transplant method, is a developed version of FUE. It is invented by DHI Global Medical Group. For some surgeons, it is not a different method but should be classified under FUE. What makes it innovative and even more advanced than FUE is that your surgeon does not need to open channels before implanting grafts into your skin with bald patches. So your doctor can transfer the grafts easily into the recipient area in a short time. It is a method of choice for most women because there is no need to shave. Most women are hesitant about a hair transplant because they have to be shaved. It is performed with a special pen-like tool named Choi implanter pen which allows the surgeon to open grafts and implant the hair follicles at the same time.